Sooo, the Glastonbury Festival just happened near Pilton, Somerset, England, and last night Kasabian headlined. Now, being the good fangirl that I am, I knew that Lliana was going, which pretty well meant that Noel was going (did anyone doubt that he would?). Then there was a picture in the afternoon on Kasabianofficial Instagram of blond Noel with Tom and Serge and I wondered a bit then. And then later in the evening Dave mentions Vlad on Twitter. So again, being the good fangirl that I am, I got excited and trolled every site I could, since I'm on the wrong side of the Atlantic and couldn't watch the live feed. And yes, he did it! Noel reprised his Vlad the Impaler role, black wig, bloody face and cape! Silly grin on the old hippy's face, here. I'm just really hoping someone posts it on YouTube. (hint, hint.) I got this picture from Celebrating The Women of Booshdom on Tumblr. It's a bit outdated now, but the pictures are wonderful. The creator has posted several pictures I've never seen before, including this one with Lliana and Melvis Crawford. You just know, if Jedward were there, things were goofy and hilarious!

Brently and the Boosh!

A video interview for your weekend viewing! Sit back and enjoy this interview at Amoeba Music in Hollywood on August 28th, 2009 as The Mighty Boosh answer fans questions about Crimping, the album (which I hope for, but don't expect anymore), real life vs the tv show, the Adult Swim edits, fan gifts and so much more!
Posted by Sadie J at 2:21 PM No comments: Not sure where this came from, just kinda found it. Anyway, again, it's been a bit of a rough day (back is out, the hubby and I have both been under the weather and I cut off the end of my thumb yesterday. It's going to get better now, right?). Anyway, a bit of Nanageddon to brighten my (and your) day! Because Goth Vince and Howard are hot! I'm having a tough day, so here's something new from Joseph Lynn to lift my spirits, and hopefully yours.

This is brilliant! A nice little distraction for Hump Day! (The weekend will come.)
Posted by Sadie J at 4:07 AM No comments: "I am Sunflash. I am from the future."

Noel and Julian lovely as ever during their Act II performance of their Future Sailors tour in 2008/2009.

The Mighty Boosh Band - I did a Shit on your Mum

I'm a bit under the weather, so lets just listen to some soothing music. (Frank Zappa Tribute, November 2010 at the Roundhouse in London.)
Posted by Sadie J at 11:54 AM No comments:

Email ThisBlogThis!Share to TwitterShare to FacebookShare to Pinterest
Labels: the mighty boosh band

I'm a bit behind. It happens and then we move on!

So, I love Chatty Man. And I love Richard Ayoade. Can anything be better than when the two of them are together?
Posted by Sadie J at 8:57 AM No comments: When, where? I don't know and I don't care. It's just a great picture where they both look like they are happy and enjoying themselves. What's not to like? 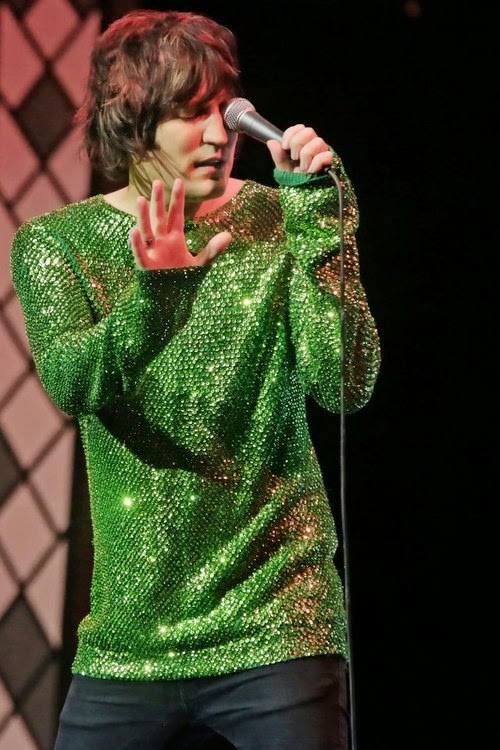 I love this shirt! I love the simple cut, the color, the sparkle. He wore it in the NME Christmas shoot with Kasabian in 2011 and I think maybe even on Never Mind The Buzzcocks once. I've noticed he tends to pick favorites and wear them repeatedly for awhile and I think this was one. Anyway, I've seen it in assorted pictures. I kept my eyes open at Christmas thinking I could find one like it, but no joy. That doesn't mean I'm going to quit looking!

Just because we all need a little Bollo singing in our lives!
Posted by Sadie J at 3:34 AM No comments:

Stumbled on this this morning--I don't think I've seen it before. It's between Series 1 and 2 and they talk about the changes from the zoo to Naboo's flat and the story lines and characters in the second series. I'm always amazed, every time Noel is just talking, he is so quiet, yet when he's performing he is so loud and flamboyant. Julian does quite a bit of talking in this one. Eh gad, I love these boys! This is a two part interview, so be sure to watch the second part.
Posted by Sadie J at 7:21 AM No comments:

Noel and Julian performing during The Secret Policemen's Ball in 2006. This bit kills me every time! Watch tomorrow for the video that features this little snippet! (I've probably posted it before, but it really is one of my favorites and always worth a repeat!) Kinda goes along with the picture I posted yesterday-- dealing with the photographers with a smile on his face! I can't even imagine what it's like to not be able to walk down the street without a wall of cameras. How do they even keep their sanity?

Deviating from the norm today to pay tribute to a well-loved British Comedian. Only 56, his death yesterday came as a shock to everyone. Twitter was full of RIPs and memories. I'm not going to try and write up a biography, but The Velvet Onion wrote up a nice piece that can be read here. My condolences to his family and to his fans.

Filmed on May 16, the Channel 4's Comedy Gala aired last week on June 5. Some of the performers I'm most familiar with were Alan Carr, Jonathan Ross, and Sean Walsh plus a whole list of others. Apparently Noel wasn't there, but he taped this little bit. I'm sure I'm not the only one that was thrilled to see his art work in the background. Plus, the fact that I noticed his hair looks like it's been trimmed a little shorter means I pay way too much attention to his hair!
Posted by Sadie J at 11:55 AM No comments: Vince with a gun, still in his cat-suit. His plan wasn't very laid out; if Eleanor had seen him, she would have been able to identify him to the police. At least wear a balaclava, Vince!

Alan Davies: As Yet Untitled - Andrew Maxwell on Area 51

I guess this is something new happening soon on European TV? Don't know, just saw it on Tumblr this morning. Here's the write up I found about it here. I know who Alan Davies is because of QI, but I'm not familiar with Andrew Maxwell, and I don't know who the woman or the other gentleman is.

Alan Davies sits with four other top comedians round a table and they talk. About anything.The show recreates the relaxed atmosphere found amongst bantering comics backstage and elicits anecdotes and interaction that you simply won't get anywhere else. There are no rules, no themes and no preparation. All Alan has is one amazing fact about each of them, after which, the conversation could spiral in any direction.At the end of each episode, the table must try and think of a title that sums up their episode.
Posted by Sadie J at 3:42 AM No comments: 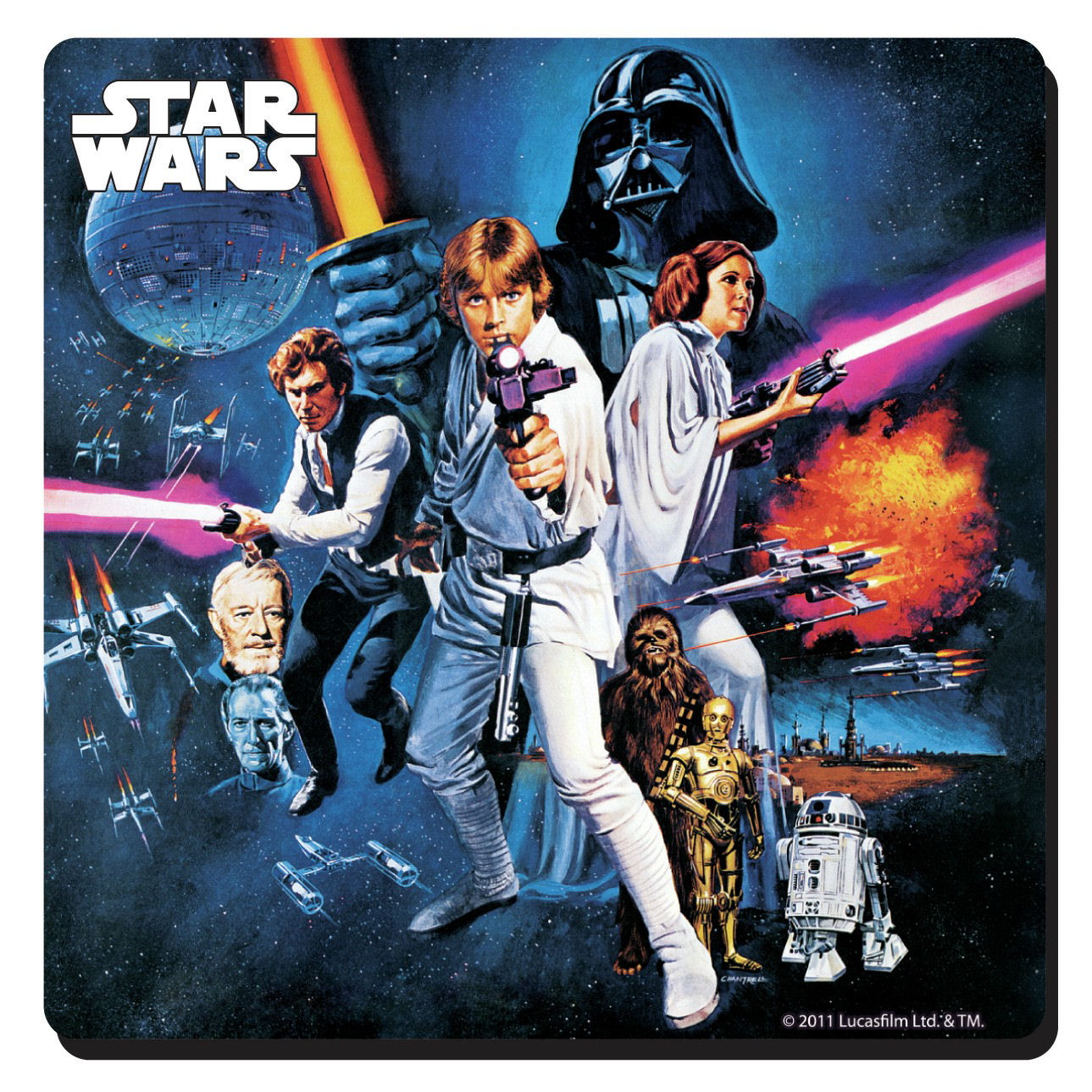 I was 13 when Star Wars came out. Back then, it was just Star Wars, not A New Hope. That title seemed to come later. It was the most amazing thing I had ever seen and guaranteed that I was going to be a Sci-Fi, fantasy geek. It's probably still my favorite of the 6. Can't wait to see what's to come! Early Boosh. Julian's mustache is barely there and Noel's hair. Well, what can we say about his hair, other than you can almost tell the year by his hair, which makes this probably 1998 or there about. It's a lovely game to play--guess the year by Noel's hair style/color!

Vince usually appears so innocent and a bit sweet, and then occasionally we get a glimpse inside that shows he can be a bit mean, at least to Howard. Of course, Howard probably deserves it, because he treats Vince as a bit lesser than himself-- talks down to him, maybe is a bit thoughtless at times. Vince puts up with it because they really are best friends, but he gets his revenge at times with a caustic remark or by laughing at his misfortune. But he's always there when Howard needs rescued (usually with the help of Naboo and Bollo). A recent picture of Julian, handsome as ever!

I got some disappointing news yesterday, so I think I'm going to watch some fan vids and try to cheer myself up. I'm starting with this one, featuring the song "Boys" by Robots in Disguise. Hope if you'r having a down day it'll help cheer you up, too!
Posted by Sadie J at 4:45 AM No comments: