Beat About The Boosh 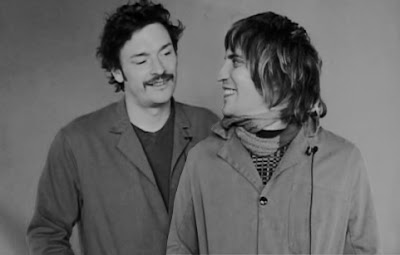 An article from the Scotsman back in 2006 after the second series. This interview is with both Noel and Julian and there's some early history, some 'what we're doing now', and some vague ideas of the future. (We still haven't seen that film, boys!)

"It's a shoe that you wear on your head," offers Fielding. "It's like a complicated album. It's [Captain Beefheart's] Trout Mask Replica. Some jokes are just not funny at the time, they're funny 25 years later. We're mainstream in about ten years time. Hopefully in 40 years people will say, 'That was great!'"
(Photo not from the article)
Posted by Sadie J at 7:59 AM