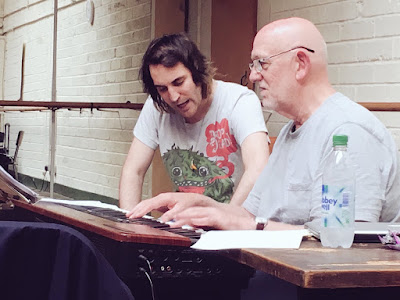 Noel is working with Warwick Davis, who posted this picture of him rehearsing on his Twitter for a Christmas special hosted (produced?) by Eric Idle called The Entire Universe, which has its own Twitter. I'm starting to spend more time on Twitter than I do anywhere else! So, I'm not sure, but I think this will be a television special, (but possibly it's a stage show). More posted as I know it, since I'm a bit fuzzy on the details at the moment.